June 2018 marked the fifth edition of the AE Hackathon, which challenges customers and prospects to come up with an innovative idea and a minimum viable product within 36 hours. This series puts each participating team in the spotlight.

More than just the lowest prices

During the Hackathon, Team Colruyt experimented with an extra service to make customers more aware of their grocery spending pattern. More precisely, the team aimed to develop a mobile app that would give users more control over their budget and suggest small changes in their purchasing behaviour to save money.

Team Colruyt wanted their app to meet multiple requirements. For one, it had to be practical enough for users to be able to upload their receipts in the blink of an eye, and secondly it had to be artificially intelligent as well. The latter would allow the app to analyse the contents of the payment receipts and recommend future purchases accordingly.In addition, the app had to provide users with an overview of the different categories in which they spend their money. To encourage customers to scan their receipts, Team Colruyt chose the path of gamification. For each receipt scanned, the user would earn points and reach a certain level of a general ranking system. Furthermore, users could complete missions to unlock badges which they could then use in-store to get an even greater discount. It’s this playful aspect that inspired Team Colruyt to name their app Grocery Ninja. 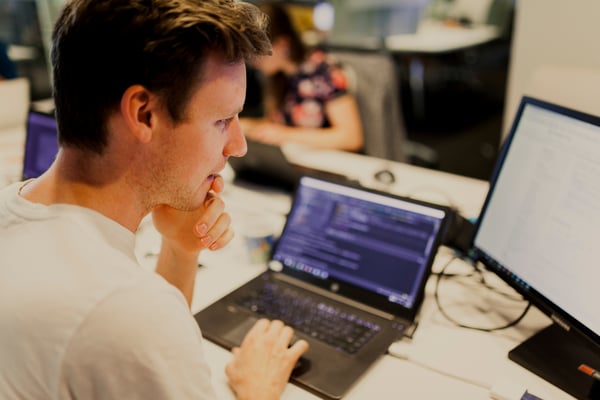 With Grocery Ninja, Team Colruyt deliberately targets an audience that extends beyond Colruyt’s regular customers. After all, Colruyt as a supermarket continually strives to gather as much information about (potential) customers as possible. Users of the app are therefore also given the opportunity to scan receipts from Colruyt’s competitors. In this way, Colruyt not only gains insight into their (potential) customers’ purchasing patterns, but also collects information about their competitors’ pricing, opening hours, products and the customer journey they offer. In the long run, the app’s continuous data stream makes it possible for Colruyt to adjust their customer retention and attraction strategy – information which is just as interesting to third parties such as manufacturers looking to gain more knowledge about the end users of their products.

Developing a minimum viable product in as little as 36 hours is no easy feat. Initially, the team encountered some stumbling blocks technology-wise; crucial moments in which they sometimes had to decide to move into a different direction. Ultimately, though, that’s all part of the Hackathon’s unique charm: the tight deadline forces participants to be flexible and step out of their comfort zone. Team Colruyt eventually opted for a progressive web app written in Elm and deployed on the Google cloud platform. The result is a minimum viable product that offers a service Colruyt will continue to explore, evaluate and perhaps incorporate into one of their existing applications in the near future. 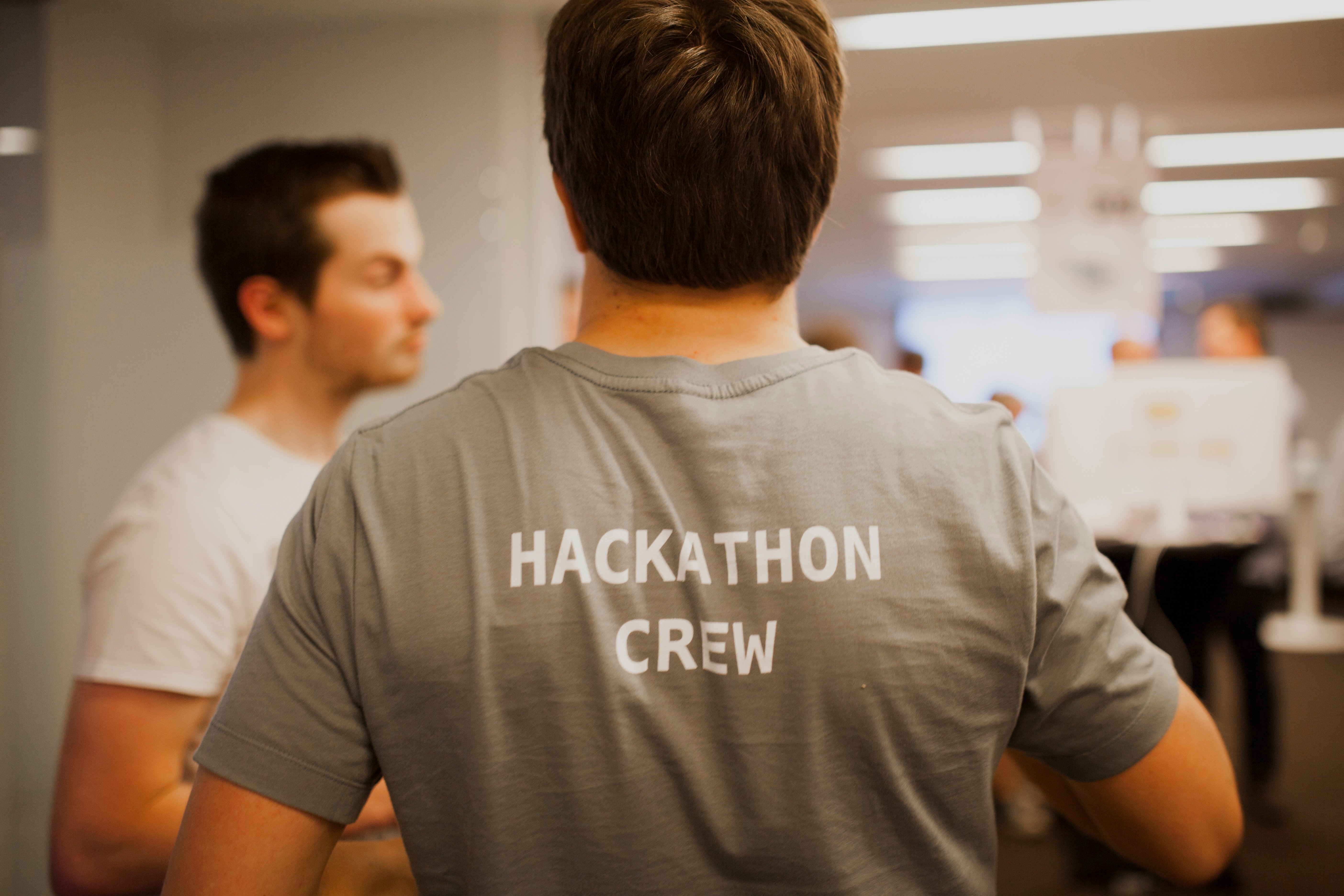 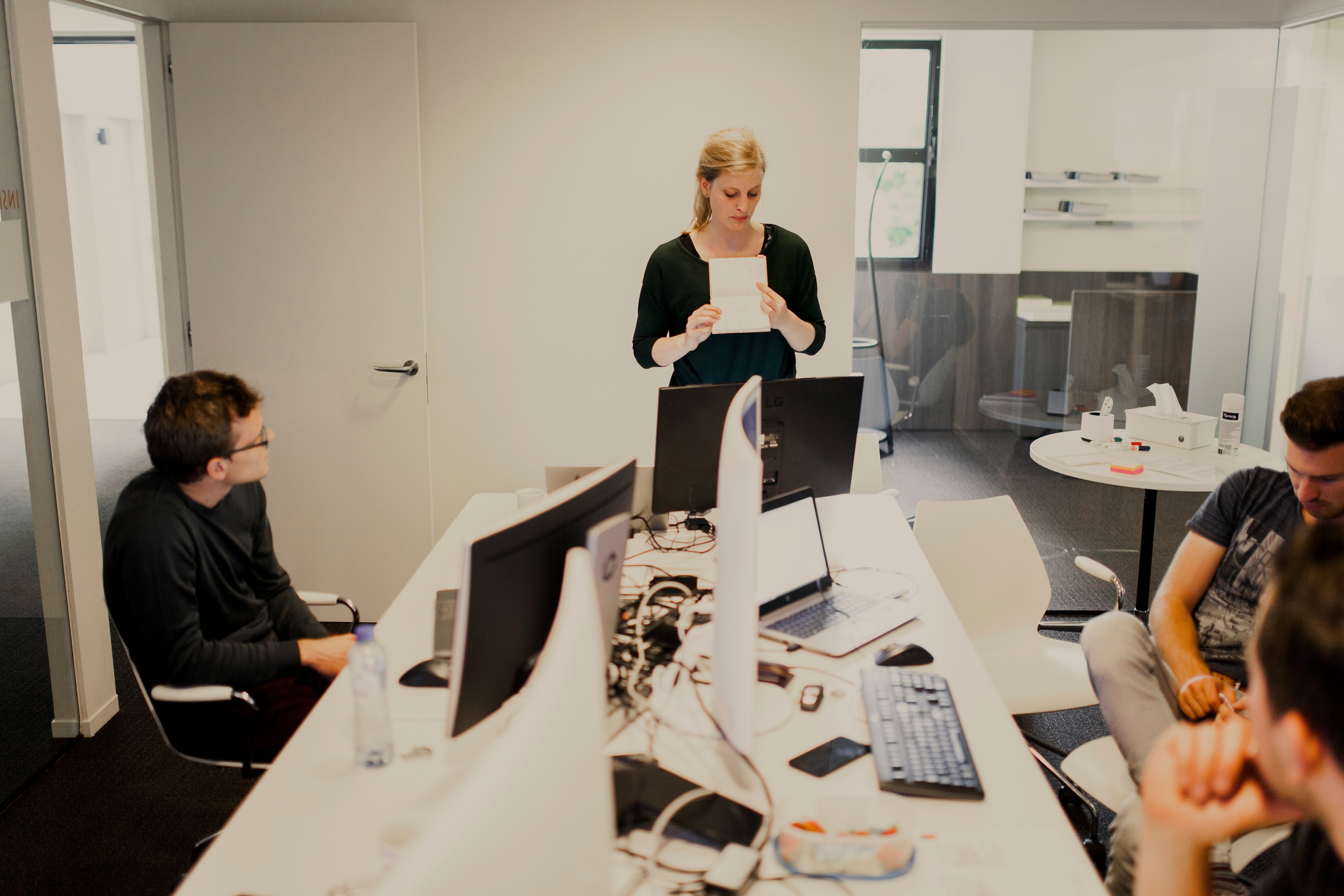