Every month at AE, we organize an AE Codecamp for our colleagues' children and their friends. It's a great way for the next generation to experience the possibilities of science and technology in a playful manner.

The story of our AE Codecamps started about two years ago when my attention was drawn to the setting up of a CoderDojo community in my home village. A CoderDojo is, as they put it themselves, “a community where children can experiment with IT and technology in a playful and approachable way”.

After participating in one session my son and I were completely swayed by the power of the concept, of the tools provided and not in the least by the enthusiasm of the young participants.

With a childish enthusiasm and totally convinced of the fact that the children of my AE colleagues would also be very interested in learning more of what their parents were doing day after day, we conceptualized the AE Codecamp with a small group of like-minded people in the organization.

We gathered about 10 people that were extremely motivated to coach our “AE children”, as we dubbed them, and kicked off our first Codecamp session about a year and a half ago. The initiative has been such a success that we’re now organizing a session every month, in which approximately 10 to 15 children participate.

During every session, our team of Codecamp coaches offer a variety of technologies:

• Edison
o Fun and lego compliant robotics for the inventors of tomorrow
o Program robotic interactions based on sound, light and data transmitting
o Make robots interact with each other and make them do a Tango together

And that’s not all. We’ve got more things on our bucket list for future sessions, such as teaching children how to create their own website with Live Weave and teaching them how to make their own app with Appinventor.

Why do we organize the AE Codecamps?

Because it's fun? Absolutely.

Because it is educational? No doubt. Our codecamps help children to develop their systemic thinking.

The prime reasons for organizing the AE codecamps though are:

• Children develop a genuine interest in science and technology.

During the codecamp sessions, we are really able to light a fire because of the concrete, real-life experiments we can show them or build with them. Without feeling any pressure or without the feeling of being educated, they become appliers and creators at the same time. They become enthusiastic and they want to continue doing tech experiments outside the sessions.

• It changes children’s perception of technology from mere consumption to creation.

After participating in a codecamp session, “everything” about computers and tablets has a broader meaning to them, and they will never look at them in the same way as they did before. These children will perceive tablets and computers as a source of completely new possibilities to be creative, and not only as devices to play games or watch movies on.

For many parents, this might be the top reason to accept their children’s frequent use of these devices, because now they can really learn something from using them. (To be clear, I’m not saying that playing games is bad for a child’s development, on the contrary, but this presents a valuable component to add to the discussion.)

• Codecamps turn children into ambassadors of science and technology.

They get a chance to create their own games and movies which they undoubtedly want to show to their friends at school, in the neighborhood or at their sports club. Some of these friends even join in for a few sessions, they in turn convince their parents… and we are back at the beginning of this story, creating new clusters of interest.

• Pizza at the end of each session! 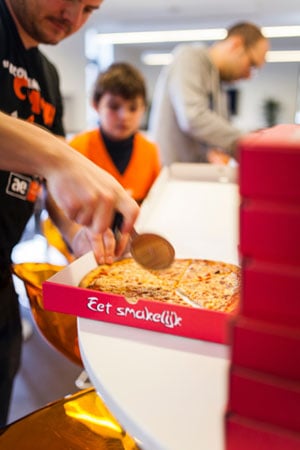 So there you go. As you can see from the happy faces in these pictures, our AE Codecamps are all about sparking an interest in digital science and broadening children’s scope of the possibilities of experimenting with new technologies.

Here’s to the Edisons of tomorrow! And a huge thanks to our team of AE Codecamp coaches for their relentless support. 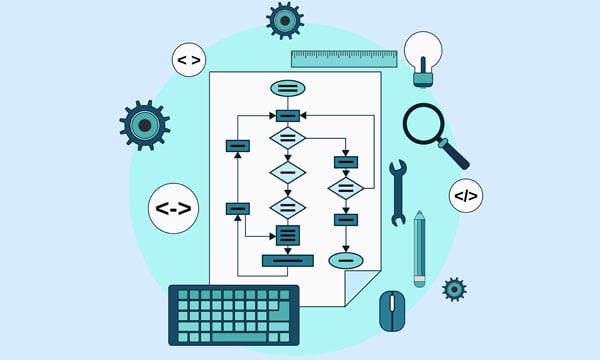