Overseeing all kinds of initiatives to promote sign language and always eager to expand their own expertise, the FSLC recently decided to adapt its bilingual dictionary by making it more explanatory. The goal was to give more information concerning the form, function and meaning of the gestures featured in the book.

Must-read: AE and the FSLC join forces for a new explanatory dictionary

FSLC and AE teamed up for this new project last January. Through a series of workshops, the Flemish Sign Language Centre learned all about the needs and expectations of its users, which they then, with the help of AE, translated into concrete features for the revamped dictionary. All new attributes were listed and given different priority levels. Next, AE set to work to propose a few options for developing a first Minimal Viable Product. After all, sorting out all the features in one go was, unfortunately, not feasible. AE therefore decided to present the centre with three objectives, each linked to a unique plan of action:

At the end of the day, the Flemish Sign Language Centre confidently opted for the visibility track. Philippe De Croock, Product Owner for this project, elaborates: “The centre’s determination to increase visibility made us focus mainly on layout, design and user experience. Once we had decided on a scope for our Minimal Viable Product, we started our six-week development track. To continually steer the project in the right direction, we divided our backlog into user stories, to which we assigned story points (an estimate indicating the complexity of the feature to be implemented). This is a tried and tested approach for enabling smooth communications between business and IT, provided there is mutual trust between both parties, of course.”

Philippe and his team pulled out all the stops to make sure the end result was everything it should be: “We met every week to discuss our progress. To ensure the final product would be something people actually love to use, we organised a usability lab to test our product for the first time. This proved quite the experience and provided us with plenty of new insights. For example, we had built a feature to search for gestures based on a hand shape or location on the body. However, the user tests showed that this technique was not something deaf people are familiar with, but rather something applied by FSLC students. The assumption that not all hand shapes and locations were commonly known, was thereby confirmed. It’s a natural consequence of the centre’s strategy to try and appeal to different target groups and encourage everyone interested to learn sign language.”

In the third phase of the project, a fully-fledged product ready for use was developed based on the findings of the user tests and the MVP’s performance. At this point, AE also took a short break from the project to take part in their annual AE Hackathon. This year, the AE team used the Hackathon as an opportunity to investigate whether it was possible to recognise gestures and translate them into Dutch by means of AI.

Curious to find out what happened next? Be sure to read all about it in our Hackathon e-book!

Part two of this reference case will be published tomorrow, so stay tuned! 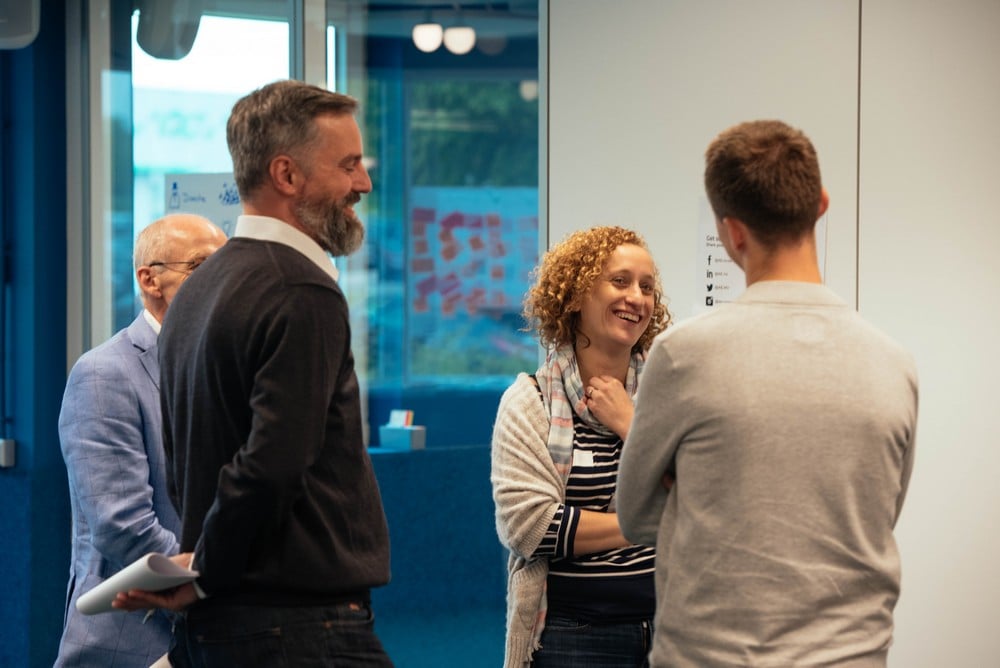