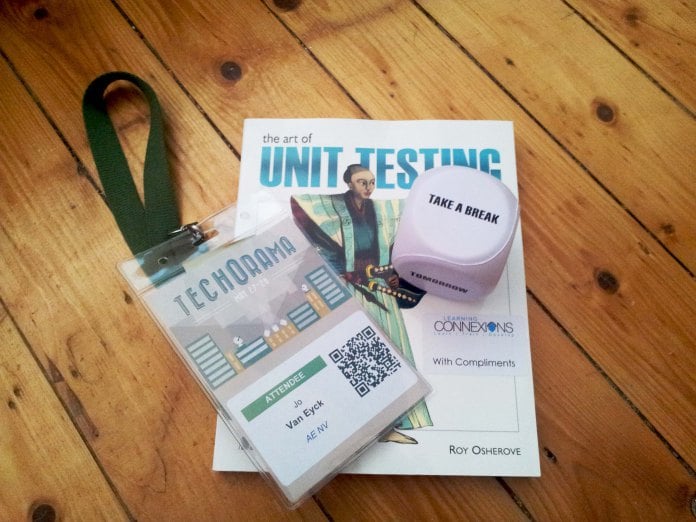 Bruno Segers kicked off the conference with his keynote "The Real Deal". He pointed out the ubiquity of software in our daily lives (instagramming the meal you're about to enjoy, anyone?) and the consequences this has on our privacy, or lack thereof. With some striking video clips found here and here, he delivered a shocking reminder to the audience of their responsibility in this regard. This was a very inspiring talk and a nice reminder of the power and corresponding responsibility developers have in the IT-driven future they are helping shape. I grouped the talks into several topics which I will discuss below.

One of my favorite talks was Mark Seemann's Zone out, check in, move on which you can watch here. The main premise is this: all developers have experienced being in the zone at one point or another. You've got your headphones on to avoid being distracted (if you're a programmer you've almost certainly heard of the headphones rule) and you are blasting out the most beautiful code ever written. Then comes the inevitable tap on the shoulders. It could be your manager nagging you about estimates, a coworker asking something about an obscure part of the codebase or your girlfriend begging you to please stop working and come to bed. You take care of the intervention and put your headphones back on. But no. It's gone. You're not in the zone anymore. As you become more experienced, distractions like these will only occur more often. Given this certainty of frequent interruptions, how can developers stay productive? Mark listed several nuggets of wisdom that make it easier to regain focus after being interrupted:

Another talk with lots of great advice on improving yourself as a developer was Mike Wood's Be a better developer. He has a series of blog posts discussing these topics which I urge you to check out here.

An entire track was devoted to Application Lifecycle Management practices. There were a lot of talks concerning the DevOps movement, infrastructure-as-code and provisioning. One of the conference's surprises for me was a nifty PowerShell extension called Desired State Configuration (DSC). DSC provides a way to declaratively configure machines (like installing a specific version of an IIS web server) and to keep the configuration of different systems like production and UAT in sync with each other. If you work in a Microsoft environment and still manually maintain or set up your machines, DSC is definitely worth a look. As an added bonus: It's just PowerShell, you don't even have to learn Ruby. Tiago Pascoal shared a metaphor that really drove this point home (although being a farm boy myself, the analogy is far from perfect):

You name your pets. You groom them personally by installing the latest OS updates every once and a while. You lose all will to live when one of your machines suddenly dies out on you and you have no way of replacing it. Or you can think of your systems as cattle, treating all instances uniformly. You never manually tend to a system. Each change is recorded and can be replayed on any environment at any time. Each system is ready to be replaced by an identical copy when things go awry in seconds, not weeks. Now I love my pets, but when I think of my systems at work I'd much rather treat them like cattle!

An ever-increasing amount of software is being developed (or legacy applications exposed) as web applications. Every day end users come to expect more and more of web apps in terms of security, responsiveness, performance, etc. The web track had some interesting talks on how to deal with these increased expectations of today's end users. The web track tackled topics like setting up a front-end development workflow using Grunt, developing Single Page Applications with ASP.NET Web API and AngularJS (which is rapidly becoming the front end JS framework of choice), web app security trends and front end communication APIs. Christian Wenz's talk on JavaScript communication API's was mostly a reminder of one of my previous posts: Cross-Domain requests in Javascript. He also discussed the new HTML5 WebSockets API. You can use this API to provide real-time push updates from the server to clients which could be really useful if you are developing, say, a web app that streams real-time stock exchange information. Several talks also mentioned SignalR, a Microsoft product that leverages the WebSocket API and gracefully degrades to other transport modes in browsers that don't support WebSockets. For projects that are not being developed in .NET, alternatives like socket.io exist.

Another talk by Christian Wenz covered common security issues in modern web apps. All the usual suspects like Cross-Site Scripting (XSS) and Cross-Site Request Forgery (CSRF) made their appearance, but I was surprised to learn about attack vectors that I hadn't heard of before and suspect many web applications are still vulnerable to: Clickjacking and Mass Assignment. Clickjacking is a vulnerability where an attacker includes an invisible frame as an overlay over a seemingly inconspicuous action like playing a youtube video. This invisible layer contains your website, and the click does not result in a video being played but in a button press in your application, which could result in anything from changing your user preferences to liking some random page on facebook. Clickjacking can be mitigated by preventing your web app from running inside unauthorized frames. This can be done with JavaScript or by sending an extra HTTP response header: X-Frame-Options. Mass Assignment is a vulnerability class that allows attackers to change data they are not supposed to change. Most web frameworks like Ruby on Rails and ASP.NET MVC are vulnerable to these attacks if not properly mitigated. All these frameworks use some kind of mass assignment (ASP.NET calls this model binding) to transform data inside an HTTP request to a strongly typed model object. If the strongly typed model contains more properties than the user is expected to provide in his HTTP request (which can happen if you reuse your models for both input and output for example), an attacker can simply provide these extra properties in a hand-crafted HTTP request. The model binding will automatically pick up these extra properties which can result in an unwanted update of your data. Multiple mitigations exist ranging from narrowing the interface of the input model to limiting the default model binding behaviour. My takeaways from this talk:

I was very surprised to see a talk on functional programming pop up on the schedule. In his talk A functional architecture with F#, Mark Seemann presented a functional architecture for high-performance web applications. The title included "F#" but the ideas presented in this talk apply to all functional languages. In my opinion they even apply to many high-performance web architectures written in a typical object-oriented language. The main point of the talk revolved around Command Query Separation (CQS). He presented an architecture that applied the pipes-and-filters architecture for input and the map/reduce pattern for output. Seperating write operations from reads combined with functional programming's preference for working with immutable data and controlled side-effects (like writes) can result in highly performant and easier-to-understand applications written in any language, not only the functional ones.

During the first installment of Techorama I had a lot of fun and learned some great stuff. The talks covered a vast range of topics ranging from self-improvement over functional programming to web development and ALM. I can only recommend this conference, even for non-.NET developers. 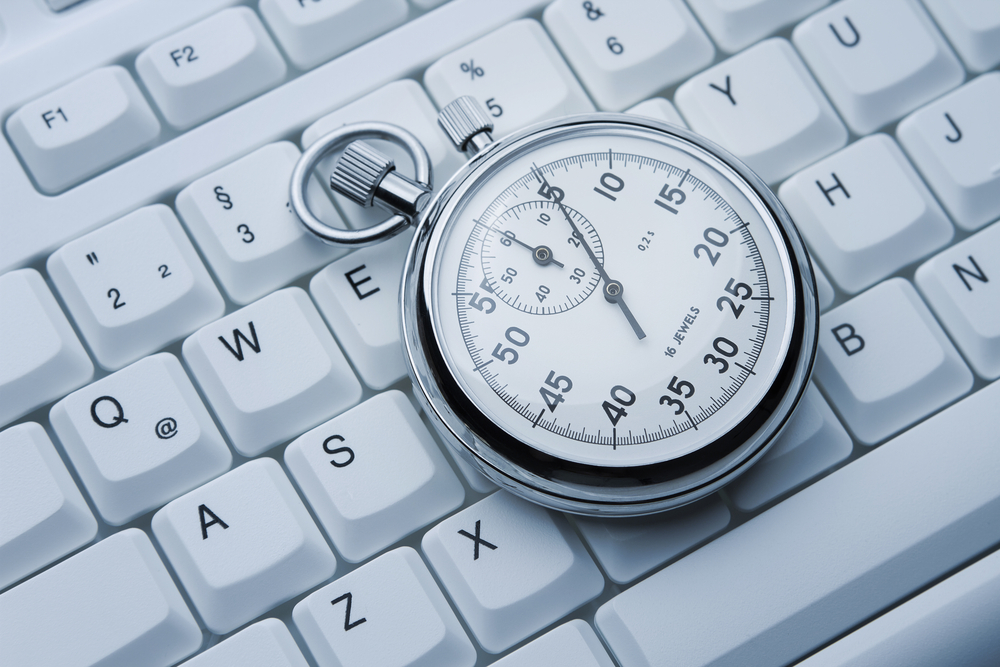 How to use Composite Indexes 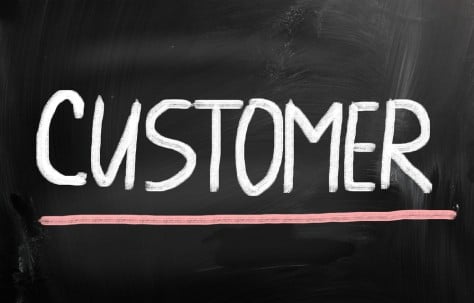 From Organisation to Customer Centric