3 Challenges TSOs are facing in an ever competitive gas market

The European Union has evolved over the past few years with regards to its energy policy, impacting the energy market and all energy players within it. These players have to face challenges, discover opportunities and continue to evolve within a competitive (unified) market.

In this article, we take a closer look at the challenges TSOs specifically have to tackle.

In order to explain the evolution of Transmission System Operators (TSOs) in the European gas market, it is important to understand the European energy market and its evolution over time.

In the past, different energy markets existed across Europe, with companies holding natural monopoly positions on local markets for the supply and sale of energy. Companies like Distrigas in Belgium for instance had built efficient transport networks and due to the high costs of setting up these networks competition was nearly impossible. Consumer prices therefore often were too high and excesses in capacity due to overinvestment were not uncommon.

Competition thus was necessary, allowing consumers to choose their providers, which in turn put pressure on prices. This was the reason why Distrigas was split up in a company responsible for the shipment of Gas (Distrigas) - which now has to deal with competition from other shippers on the market - and one focusing purely on transport (Fluxys).

Nowadays, one of the main focus points of the European Union when it comes to its energy policy is the creation of a single market for gas and one for electricity. Within these markets suppliers can compete with one another over a network of electricity and gas infrastructure grids. Energy is traded, transmitted and stored via infrastructure (gas pipelines, LNG terminals, electricity power lines, …) that is still held locally by companies, certified as Transmission System Operators.

TSOs need to transmit energy from the producers (gas producer or generation plant) to large customers (ex. power plants, large industrial companies, …) or distribution grid operators (DGOs). The latter then pass on energy to the final consumers. It is the job of the TSO to make sure that energy within their infrastructure is kept in balance (the amount of energy that enters the infrastructure needs to be equivalent to the energy that is leaving).

In Belgium, two TSOs are active in the market: Fluxys for gas and Elia for electricity.

What changes in the European Gas Market are TSOs facing?

Specifically with regards to the European gas market the changes and challenges are enormous. Gas production in Europe is relatively low with the Netherlands and Great-Britain currently being the biggest European natural gas producing countries.

However, the largest gas field in Europe, in Groningen (the Netherlands), is gradually reducing its gas extraction due to a lot of small earthquakes in the region and instability of the soil. As a result, the extraction of gas should come to a stop by the year 2030. This means that alternatives have to be found in order to provide natural gas to local households and even to neighboring countries. The north of Belgium for instance imports Dutch low calorific gas. This gas is used for local consumption or transmission to France. Gas from other producers however is high calorific gas. This means that changing gas producers will have a major impact as infrastructure needs to be replaced and/or adapted.

On the other hand, with regards to Great-Britain, it is still not clear what impact the Brexit will have on the European Gas Market. The British were at the foundation of the liberalization of the energy market, operating a model that stood as an example for Europe to follow.

All in all, it is certain that the European Union is dependent on the import of natural gas from other countries such as Russia, Norway, Algeria, …. The EU works closely together with these supplier countries in order to continuously supply the gas market, trying to avoid disruptions of any kind. The necessary infrastructure needs to be put in place to be able to transmit natural gas from the EU’s borders to all of its member states.

Another issue contributing to the challenges the European Gas Market and its TSOs are facing is climate change. The European Union has set out to decrease its Greenhouse gases emissions with 20% by the year 2020. Natural gas is a fossil fuel, but its carbon dioxide emissions are a lot lower than oil, coal, …

On top of that, because of the fact that gas infrastructure is available and already largely developed, it may be used to reduce carbon emissions.  Injection of renewable biogas (gas from agricultural waste, manure, …) in the existing infrastructure is possible.

Not only may this reduce greenhouse gas emissions (ex. biogas extracted from methane from manure, landfills, …), it may even replace fossil fuels (ex. depending on the treatment, biogas may be used for heating, production of steam, cooking, … and it may also be compressed to serve as fuel for cars). Nevertheless, the generation of large quantities of biogas will require additional investments in infrastructure and R&D.

3. Need for security in energy provisioning

Countries keep on investing in renewable energy. In that case gas infrastructure may be used to transmit and store energy excesses. Windmills and solar panels deliver energy provided that there is enough wind or sunlight. In some cases, for instance, there might be too much wind, while in other cases there is a shortage of energy production caused by the windmill. Therefore, investing in technologies for storage of excess capacities may be what’s needed to avoid energy supply shortages. Even more, gas plants in combination with renewables have the ability to easily start up and shut down, something nuclear power plants cannot do.

The future for TSOs

As the market model changes, TSOs need to evolve. Mergers and acquisitions now take place, allowing companies to strengthen their position across borders. It is not uncommon for companies to have TSO certifications for different infrastructures across Europe. On the other hand, as a result of the EU’s ambition to create a single gas market, it is important that TSOs cooperate across national borders. Fluxys, Gasunie (Dutch TSO) and Energinet.dk (Danish TSO) for instance entered in close cooperation in order to develop a green gas system by exchanging know-how, researching technology, …

It also needs to be noted that collaboration within borders is equally important. In Belgium, for example, Fluxys and Elia work together in order to be able to provide reliability when it comes to energy delivery. This is key knowing that within 10 years from now Belgian nuclear power plants will be shut down and sufficient alternatives will be necessary.

At AE we strongly believe that market knowledge of the Utilities sector makes a difference. We closely watch energy market trends in order to understand the challenges our customers are facing. This allows us to accompany our customers in their investment and transformation processes.

Do you want to find out more about Utility markets? Or are you looking for consultants with the right expertise in the Utilities sector? Contact us if you would like to talk. 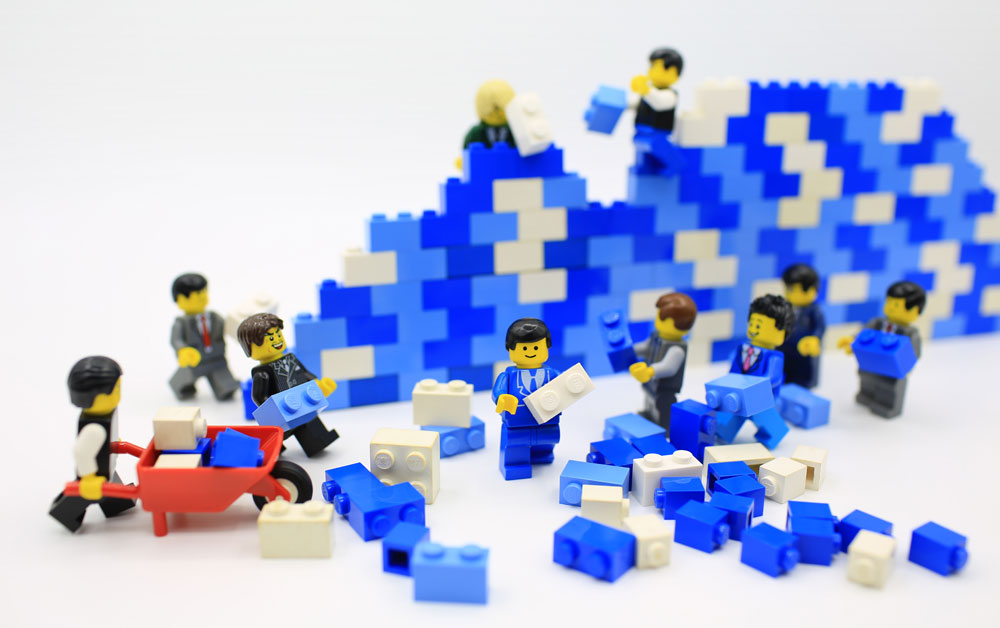